The Adventure Map is a player versus environment aspect of the game in which players must defeat nodes of enemies. Fighting a node requires the use of 1

every 10 minutes and have a maximum of 10

(unless players spent gems on the now-defunct Facebook version to have 6 maximum points).

Each island is made up of 10 levels. Every 5th level players face off against a miniboss and every 10th level they fight a boss with extremely high stats and multiple traits.

Players earn 1 to 3 stars per battle. The number of stars they earn is dependent upon their score in the battle. The score is based on how quickly the enemies are defeated, how much life the player's monsters have remaining, how much stamina they have remaining, whether enemies were defeated in one shot, etc. The first star earns the basic rewards listed below and XP. The second and third stars earn players a roulette spin. Once the rewards have been collected, winning the node again gives no reward.

Click the button(s) below to show/hide each group of levels: 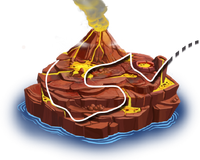 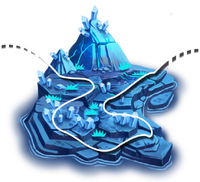 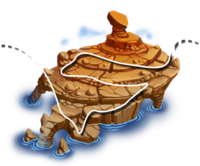 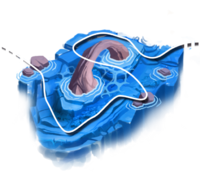 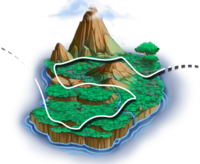 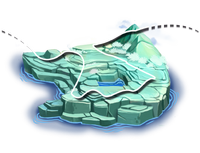 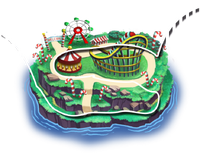 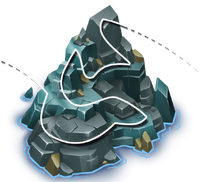 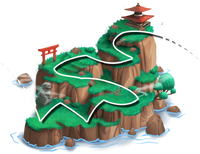 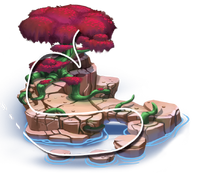 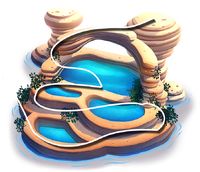 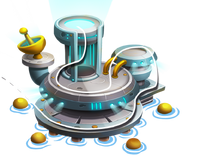 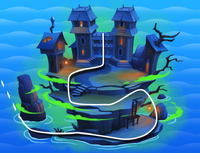 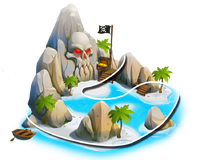