View source
watch 02:59
Metroid Dread - The Loop
Do you like this video?
Play Sound

Breeding events typically allow players to substitute a "joker" monster for one or both of monsters used in the breeding (typically Galante, Violet, Galante Jr. and Urtikus). Breeding both jokers together will not result in the desired monster.

Lastly, many breeding events give additional rewards for successful and unsuccessful breeding attempts, such as maze coins, runes, special tokens, or monster cells. 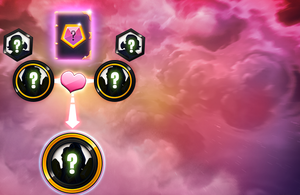 The following table displays the most commonly used monsters in breeding events. Data was taken over the period from January through August 2021 and includes the number of times that monster was used. Note: Firekong, Greenasaur, Pandaken, and Tarzape are commonly used in the first breeding event of the month and are not included in the following table. Additionally, jokers and monsters only used twice or less are not included.