View source
watch 02:17
New Pokemon Games - The Loop
Do you like this video?
Play Sound

Turn cards on boards hiding 3 top monsters: Skelektron, Kernel Pip, and Witchkat! There are more monsters and a bunch of Tetsuman Cells to find as well! You can turn cards using Halloween Candy, which you will find in the Daily Missions, the Marathon, Mazes, Seasonal Chests, Monsterwood events, or some of the Breeding Events. Additionally, your daily batch of School Coins will be available in Daily Missions.

Despite the appearance that the cards are shuffled, the result of selecting a card is actually predetermined before the card is selected, meaning the card that is selected is irrelevant to the result. It is important to note that the chances of each reward are not necessarily equal. Even when only two cards remain, the chances are not necessarily 50/50.

The following table displays the summer coin cost for each flip as well as the corresponding gem cost for immediately claiming the prize monster: 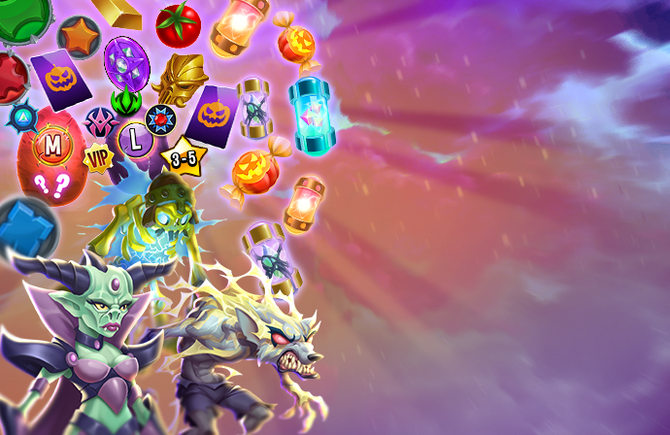